If you watch Tiktok videos or are active on any other social media platforms, you must have heard of Andrew Tate. He has attained a lot of negative publicity due to his controversial statements. But did you know that his younger brother, Tristan Tate is famous as well? Yes, Andrew isn’t the only Tate to be famous and successful.

Recently, videos of Tristan Tate have become viral as well. And some are saying he’s a toned-down version of Andrew. He does say controversial things, but they aren’t as bad as Andrew’s.

Whether you’ll see Tristan as a better or worse brother is up to you. But he has made his place in the world. And if you want to know more about this famous personality, read this blog.

A lot of people are aware of Andrew, but very few know about Tristan. Before we get into details about this man, let us tell introduce you to him. Tristan Tate is a British-American businessman and television personality who uses to be a kickboxer as well. He is a two-time kickboxing champion at the International Sport Karate Association. And has also worked as a fight commentator for Boxnation and other Eurosport broadcasted events. Let’s read about him in detail:

Tristan is thirty-four years old as of 2022. Tate was born on 15th July 1988 to his parents in Washington, DC, United States. He spent quite some time in Washington before the family moved to their hometown, Luton.

While he is the brother of the famous Andrew Tate, let us tell you about the rest of his family. Tristan is the son of Emory Tate. And other than Andrew, he has another sibling, an older sister, Janie. Tristan’s mother’s name, however, is not known. Emory Tate started as a wrestling advocate and then went on to become a chess master. After that part of his career was done, he joined the army.

By appearance, Tristan looks a lot like his brother, Andrew. People often mistake him for being his brother. If it wasn’t for his brown hair and Andrew having no hair, people wouldn’t be able to tell the two apart. Tristan is a tall man at 6’3″ and weighs about eighty-five kilograms. He has dark brown eyes and dark brown hair.

He might be a famous television and internet personality, but he started as a kickboxer. Tristan is a two-time kickboxing champion at the International Sport Karate Association. And that gave him quite a good amount of fame. But the thing that put him at the center of attention was his appearance on a television show, Shipwrecked, in 2011. It helped him gain a lot of success. He soon retired from kickboxing but worked as a sports commentator.

After his sports career and television appearance, Tristan moved to Romania with his brother. There, he worked as a commentator in Romanian Xtreme Fighting and Superkombat. Besides that, Tristan started a chain of businesses in Romania. These are mostly restaurants and casinos he has opened. Moreover, Tristan earns his living from a money-making plan he made with his brother, The Hustlers Academy. This plan trains people to earn more money and become successful. It teaches the importance of hustling and how one can get to the top. This plan alone generates revenue of three hundred million followers a year, which we guess is shared by both brothers. Other than these, Tristan has started and invested in several other ventures, but information about them is not known.

It is no news that Andrew Tate has been accused of being a misogynist and has been banned from platforms for his controversial opinions. While the outrage against Tristan isn’t as much, the youth isn’t liking the younger Tate either.

There are rumors that Tristan along with Andrew, has scammed several people with the help of their businesses. Women have also claimed to have been abused and kidnapped by the Tate brothers. Other than that, both brothers have said misogynistic things online, which have influenced people in the wrong way. Tristan and his brother are both under heavy scrutiny for their inappropriate comments on women and women’s rights.

See also  How Old Is Caroline Stanbury: All Real Info About Her Revealed!

A lot of people think that Tristan is married. But let us tell you that he is not. Tristan is single as of 2022. He, however, has three children. Tate has decided not to disclose information regarding his children’s names are and who is the mother(s). He has just admitted to being a father to three children but doesn’t feel there’s a need to disclose something personal about his life.

Tristan Tate has worked as a kickboxer and sports commentator and also started various businesses. His determination and consistency have made him a very successful man. Tristan never gave up and kept pursuing one thing or the other. Controversial or not, he has done great for himself. And thus, in 2022, his net worth of $110 million is well-deserved. From the looks of it, his net worth is only going to increase. Our blog about Tristan Tate ends here. You might have heard of his name before, but we hope to have told you more about him. There is a lot to appreciate about him. But he has made controversial statements as well. Whether you will like him or dislike him is up to you. You can check out his social media to learn more about him.

What did you think of this blog? Tell us in the comments below. 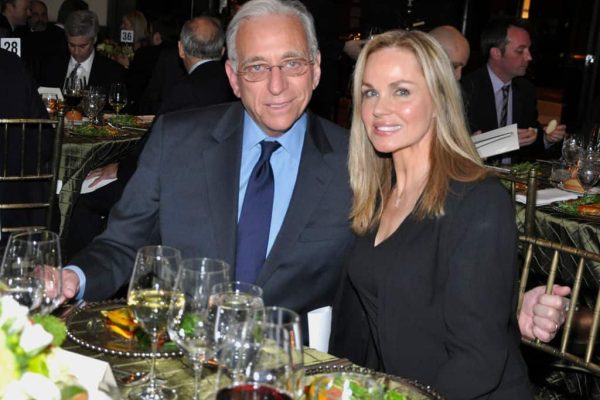 Claudia Heffner Peltz: Who Is This Gorgeous Lady?