Mumbai as a city is forever growing with the continual influx of people seeking professional opportunities and development. The development of housing projects in Mumbai is at an all-time high and the slew of infrastructural projects that are lined up for the city will see yet another burst of new projects along those corridors. Some of the top developers are already announcing pre launch projects in Mumbaialong major growth corridors.

The Mumbai Trans- Harbor Link, also known as the Sewri-Nhava Sheva Trans Harbour Link, will be connecting Mumbai with Navi Mumbai, further facilitating the commute between these two nerve centers. The proposed 21.8 km freeway road bridge will thus connect the Eastern Suburbs and will then finally connect with the Mumbai Pune Expressway in the East. Real estate development and appreciation of prices will both go up along Dadar East and Wadala and the commute to Churchgate from Wadala will reduce by 20 minutes. Pre-launch projects in Mumbai 2018 have been announced in this part of the city from developers like Spenta Developers, Runwal Developers, and Ahuja Developers among others. Across several projects, property prices range between Rs 43 lakhs and 3.70 crore approximately, depending on the size, exact location and the amenities that come with the units.

Likewise, new projects in Mumbai western suburbs will be launched with a higher price tag because of the launch of the Metro 6 line. This will be the second east-west Metro corridor. Connectivity to the western suburbs will increase phenomenally and in spite of the restrictions imposed about not allowing real estate development within 60 meters on either side of the metro routes.

The western suburbs are bound to see a rise in real estate development. Andheri, Bandra, Juhu, Goregaon, Borivali and other key areas of the city, which also tend to suffer from the heaviest traffic congestion, will see a further increase in population if connectivity is improved via the Metro network. This may lead to a further hike in prices. Some of the developers working in this part of the city include the Lodha Group, Piramal Group, and Shapoorji Pallonji among others. The prices of the apartments here start from Rs 33 lakhs approximately for a 1 BHK apartment and can go up to Rs 1.5 crores for a luxury apartment. 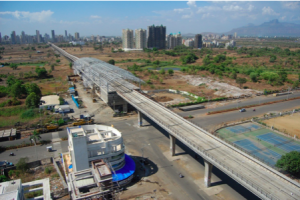 Some of the developers working in this part of the city are Arihant Developers, Radius Developers, Omkar Group and Godrej Real Estate among others. The prices of properties here start from Rs 30 lakhs for a studio apartment and can go up to Rs 2.72 crores, depending on the exact location and the amenities that come with the apartment. Prices may be even higher for projects that will launch in this part of town in the near future.

Those who are looking forward to buying their first homes and are on a budget can check out the number of new construction in Mumbai in a low budget scheme. One can check out the affordable housing options under the PMAY and an apartment in the fringes of the city would cost much less than the central areas, but thanks to the aforementioned developments lined up, commuting to and from will cease to be a problem in the next couple of years.

Media-Ready Broadcasters Will Rule: (Only By) Unlocking Quality UHD Content

Source: https://www.tedial.com/blog/article/how-will-the-broadcast-industry-support-4k-8k-uhd-hdr-content/ Consumers seem to grab new intents of technology much faster than the broadcasters. And the race is on…only...